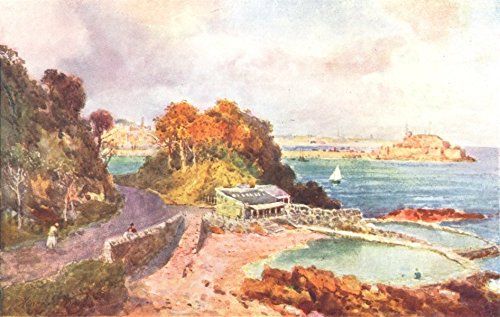 Excerpt from A Fierce Wind... A wounded Freddie awakens on the Isle of Guernsey
​
Freddie woke to the heady scent of flowers wafting on a breeze. The intoxicating smell carried on the balmy Zephyr could only mean he was back on Guernsey.
Still alive then.
“’Tis about time you joined us, sleepy-head.”
Pigeon. He opened his eyes to see her sitting in a chair beside his bed, a clouded expression on her lovely face. Concern for him? His wound must have been serious then. He remembered a burning in his shoulder just before he lost consciousness. The throbbing ache he now experienced reminded him of his encounter with the republican soldiers. “The prognosis?”
She gave him an indulgent look. “You are fortunate the ancient Pierre Bouchet decided to retire on Guernsey. He no longer practices medicine, but he agreed to tend your wound as a favor to Oncle Jean. When I inquired of the good surgeon a short while ago, he pronounced you ‘recovering’. I am not so sure. You appear particularly gaunt and pale.”
The throbbing pain in his shoulder told him the bespectacled physician from Lorient had dug deep to remove the ball. His left shoulder was swathed in white muslin, his right shoulder bare above the blanket.
There was genuine worry in Zoé’s gray eyes.
“How delightful,” he said, trying to sound cheery. “And does my ghostly appearance appeal?”
“All Englishmen appear pale to me,” she replied pertly, “but I would prefer you returned to your usual good health.”
He acknowledged her comment with a small smile, sensing he’d lost track of time. “How long?”
“You burned with fever for more than a day and slept the next.” With a shrug of her delicate shoulders now swathed in blue silk, the tender mounds of her breasts just visible beneath her lace fichu, she said, “I’ll spare you your ravings. I paid them no mind.”
From her blush, he assumed his mutterings had spoken of her. He could only imagine what he had mumbled in his fevered state. He often woke from dreams of Zoé that featured heated kisses.
Avoiding his eyes, she leaned over his bed and plumped his pillow, bringing her slender neck close to his lips. He inhaled her scent of roses and was sorely tempted to close the distance to her ivory skin with his lips.
A stabbing jolt of pain forced him back against the pillow. “I don’t suppose Bouchet left me anything for the pain?”
“Laudanum, but he said ’twas best, once you were awake, to eat something and take more only when the pain requires it and you are ready to sleep. Given how long you’ve been without food, I agree.” Thrusting a bowl of something steaming in front of him, she lifted the spoon to his mouth. “On this rare occasion that I offer to feed you, dear Freddie, you’d best submit. Besides, after the soup, there is your favorite truffle omelette.”
Suddenly aware of his half-dressed state and her presence in his bedchamber, he said, “I’m hardly dressed to entertain young ladies.”
The corner of her mouth rose in a smile. “Since when do we stand on formalities?”
“Since you turned twenty and Donet watches over you like the pirate he once was.”