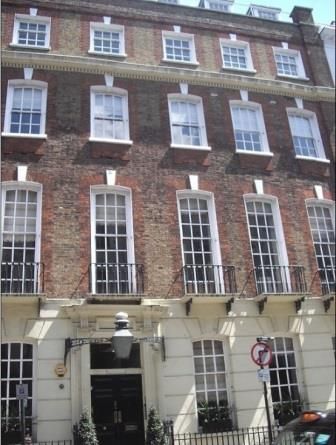 “I’ll return in a moment,” said Chastity as she rose from the table where she and Rose dined in their shared room.
Rose looked up, her fork paused in midair. “Are you going out…alone? You’re not dressed for town.”
Chastity considered her drab brown cotton gown that she had changed into thinking she would remain in their room. “No one will see me save the desk clerk to whom I will direct my inquiry.” The carriage ride to London had been plagued with muddy roads and much rain, and the drafty lobby had left her chilled. The fire kindled for them had begun to warm her but a glass of sherry would go far to completing the process.
“Do you wish me to accompany you?” Rose cast a look of longing at what remained of her braised veal.
“Nay finish your meal,” Chastity said, crossing the room to the door.
“Hurry back,” urged Rose. “I peeked under the silver dome that hides the sweetmeats. A most delectable selection.”
“They will go well with what I have in mind.” As she reached for the door handle, Crispin, who had been curled up before the fire, raised his head and opened his golden eyes briefly considering her before returning to his nap. The bumpy carriage ride to London had not been to his liking either.
Closing the door behind her, Chastity entered the corridor devoid of heat. She drew her shawl tightly around her and hurried downstairs to the lobby. She was dismayed to find no one at the front desk.
A single footman stood just inside the hotel’s entrance. She hastened toward him. As she did, she collided with a hard body, the impact forcing the air from her lungs. Stunned, she backed away, trying not to fall. With her eyes downcast, she placed her hand over her racing heart.
The first thing she noticed as she looked up from the tiled floor was a pair of black Hessian boots polished to a high gloss with a silver-white braid circling the top, ending in shimmering tassels. Boots that could only have been the creation of George Hoby, the first bootmaker in London, who had acquired a few of her father’s designs.
From the boots, her gaze traveled up long, muscular thighs encased in tight buckskin breeches. Hands fisted on narrow hips and an impatient sigh suggested he thought her in the wrong.
Impudent man! Oaf! He had run into her!
Her scrutiny continued up to the black claw-hammer coat he wore over a cinnamon suede waistcoat. His cravat was simply tied yet stylish.
“Well, Miss, have you had your fill of me?” he said in an amused tone.
Chastity met hazel eyes rimmed with green and pierced with shards of gold. A chiseled face with a strong jaw was framed by wavy dark brown hair and trim side-whiskers. Altogether an attractive man if she didn’t consider his smirk.
She could not abide men who thought themselves desired by all females, which he clearly did.
“What?” she said, her voice dripping sarcasm. “Is there to be no apology, no begging my forgiveness for nearly knocking a lady off her feet?”
“A lady?” His gaze boldly traveled the length of her. “If you be a lady, you are a very pretty lady, indeed.”
She glared at him, dismissing his compliment as insincere, one he likely gave to all women to whom he liberally doled out his charm. She would not be diverted by such undeserved flattery. “Pretty or plain makes no difference, sir. A gentleman who causes distress to a lady will make amends.”
“Not to put too fine a point on it, Miss, but whatever were you thinking darting across the lobby without a care of where you were going?”
So, there was to be no apology. Worse, a scold. “I knew very well where I was going, sir. It was you who apparently did not.”
“Very well,” he inclined his head, “if you insist. Allow me to make amends.”
Without warning, he took her by the waist and forcibly drew her to his chest, pressing his lips to hers in a burning, invasive kiss that left her breathless and her lips throbbing.
When he finally released her, she backed away, stunned, and covered her pulsing lips with her fingertips. Never had she been kissed in such a manner. And in front of a footman!
Before she could say a word, the arrogant rogue turned on his heels, crossed the lobby and disappeared through the door to the coffee house. The scent of cigar smoke wafted to her nostrils, making her grateful she had no business there.
Pressing her lips together, she fisted her hands and glared daggers at the door, imagining it was his back.
A moment passed as she made an effort to restore her calm demeanor. She ignored the footman, who stood like a statue next to the door.
At the front desk, she was pleased to see the clerk returning to his post.
She had meant to ask for two glasses of sherry but her encounter with the cad made her choice clear. “Sherry, if you please, a full bottle, delivered to my room.”
She would need more than one glass to forget the man’s arrogant kiss.