The Clan Donald Saga is an exciting new series set in Scotland. It will begin with Summer Warrior in the 12th century and then move forward in time. Stay tuned for details, cover reveal and release information. 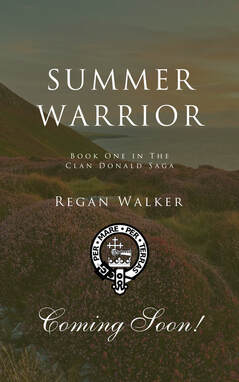 Coming in 2020! See more.
The background photograph is by Paul Marriott, taken from the Isle of Man looking out to the Irish Sea where the Clan Donald Saga begins. It is used with his permission. The smaller banner image of the Isle of Skye is by photographer Kenny Muir and is used with his permission. My thanks to these talented photographers!
The Official Website of Author Regan Walker
© 2012 - 2020 Regan Walker. All Rights Reserved | Privacy Policy
Website by Potterton Creative